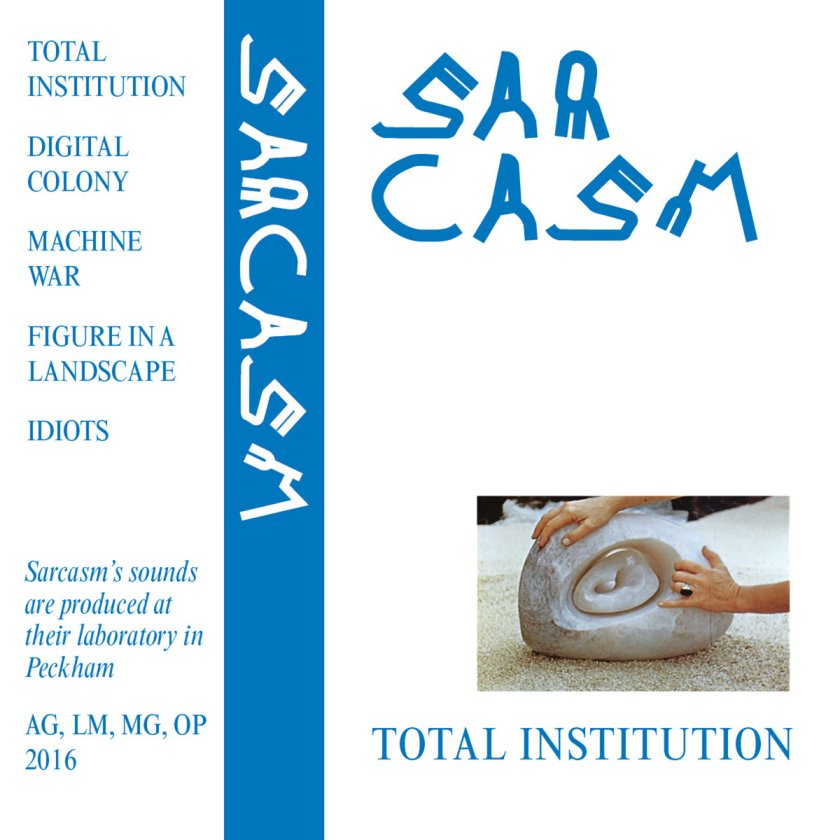 Excellent post-punk played with such an eye-rolling, nonchalant attitude that it comes across like they’ve been coerced into writing songs against their will. The drums are so washy and distant, like they’ve been lifted from a cassette wedged in to a car stereo for twenty years; the uniform downpicked guitar lines are like a machinist approximation of East Bay Ray; the vocals are sarky, androgynous and on the brink of giving up – and it all makes for a brilliant, aesthetically honed demo. The faux-Cyrillic logo and bleak, functional artwork work so well with the lethargic approach, although when they open up in to ‘Figure In A Landscape’ and depart from the rusty pogo, that’s probably when they sound most unique and intriguing. The rest of the time, it’s like a Peckham discount shop version of obscure French post-punk/disco, which is the highest praise and heartiest recommendation.